PAYMENT FOR MY BOOKS IS ENTIRELY VOLUNTARY

See HERE for how to order copies direct from me

I welcome invitations to speak at meetings, conferences and study-days, by ZOOM or in person. I make no charge beyond expenses.  Books available at events to take away.

Much of what I write about is in the too-difficult box for many of those with a conventional Christian faith. I get that. But Jesus seems to have asked far more questions than he provided easy answers. We grow as mature human beings by reflecting on challenging questions, not by ignoring them.

Claims about the Bible, a supernatural God, heaven, hell, salvation etc. can no longer be assumed to be true. This doesn't make us bad people. Old 'truths' might have to be discarded so that new ones can emerge. Let's at least talk about it or only a narrow fundamentalist sect or a historic memory will be left. Countless compassionate and caring people are being driven away from any engagement with the Jesus story, not inspired to share in it. There has to be an acceptance of difference; a blurring of the edges in belief, not a strident certainty. We may even need a whole new language that moves us on from a 'religion'. That's what I try to offer.

An updated and revised Collection of my writings on a Jesus-inspired 'humanist spirituality': essays on selected Psalms and Parables and reflections on approaching the Bible as human literature, not as something handed down from a God. The Bible is earthed in our search for meaning in real-life situations. Maybe that is now more important than trying to convert people to the religion of 'Christianity' as usually defined. You are welcome to share in my journey over the last few years and see where it leads. Perhaps to a new understanding of Jesus of Nazareth and ourselves and to the discovery of life, this life, in all its fulness.

'Ben has cleverly interwoven his themes to make them feel fresh and inspirational, writing about life as we find it. No sycophantic sentimentality here. A great addition to the too short list of readable UK Christian writers'. (PCN 'Progressive Voices' August 2022). 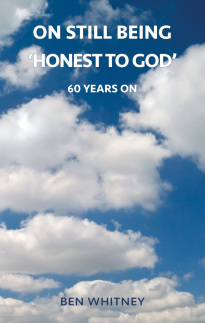 NEWLY-UPDATED STUDY NOTES on John Robinson's classic book 'Honest to God' which will be 60 years old in 2023. Still raises many exciting questions for the progressive enquirer. He saw that the future would be one of constant decline in belief in the traditional doctrines. He was clearly right, so where now?

Rethinking Christianity for the C21st (2019)

In this series of essays and 'sermons' I aim to re-interpret some classic claims from the ancient Creeds in the light of our current moral and intellectual climate. What does it mean to say 'I believe' in something and what can be believed that makes sense in the modern world? Otherwise the Jesus story is only a dead fossil from the past, not a living inspiration, and the Church just a self-preservation society. How would you re-imagine these statements today?

'There's a spark of the divine in the world - not God, we're done with God, but something. Is it love? Not silly romantic love, but something more profound...?' 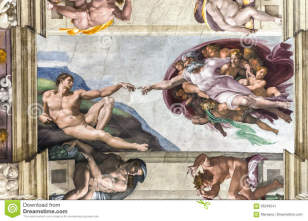 TIME FOR A CHANGE OF DIRECTION?

What we have previously called 'God' reflects the human desire for a purpose and meaning to life. We have created all our religions and their gods. They are all idols. It's time to let them go.

Left to right not right to left?

'God', if we still use the word, is an adjective or adverb describing an aspect of our human experience, not a noun; the 'God-ness' seen in Jesus and also in us. The language of a Person, Father, Saviour etc. is all metaphorical not literal; poetry not a 'fact'. It's like art compared to painting by numbers, (Mark Oakley). You need imagination and open-mindedness to grasp it, not a book of instructions.

'The quality of God-ness is like this....' as Jesus may have said. We don't have his actual words (in Aramaic) only the later versions (in Greek). The 'kingdom of God' (in English) incorrectly suggests a place; the 'rule of God' helps, but still implies a power, not a hidden thing that needs looking for. The 'quality of God-ness' among us is like the Ukrainian mothers who helped captured Russian soliders to phone their mothers to tell them they were were safe. I start there.

Maybe, for those of us seeking to walk in the Way of Jesus, all we really need is the 2nd (or 3rd) Isaiah, (his key 'Scripture'); some of the Psalms and the three synoptic gospels read critically, (all we can know of his life and teaching). The real Jesus of Nazareth is hardly mentioned in the rest of the New Testament: (Paul knew him only as a spiritual 'Christ' figure not as an actual person). Those who had met him saw him as a prophet, earthed in human reality. He seems to have taught that there are 'signs' of this 'God-ness' all around us if we look for them: love of neighbour, breaking down barriers, self-sacrifice, generous giving, a concern for the poor etc. That's what matters and he was killed because powerful others didn't like what he was saying. The whole 'salvation' agenda only came later.

Jesus of Nazareth was a model for our full humanity who transformed the lives of those who met him. We need to tell a new story about him. Those who insist on having to believe the whole Bible 'literally' are in danger of killing the whole thing off. We are no longer living in the C1st, C4th, or C17th. What does it mean now, in the light of all we have discovered since? That can't just be ignored.

I can't think of a single bishop or other influential Church leader in England who is prepared to openly question the traditional Creeds or engage in meaningful debate about them, not at least in terms that non-theologians might understand! Few seem willing to risk even being seen as 'liberal' on matters of belief. What is everyone so afraid of, (other than the loss of power and control)? It's obvious that the God up there/us down here images no longer work. Can the Christian community accept this degree of diversity or is it happy to virtually disappear in our culture? It seems it is.

There has been some acceptance of more contemporary moral values, such as challenging previous patriarchal and non-inclusive views of women, marriage and sexuality. But there are clearly some Christians unwilling to accept these changes and leadership is at best inconsistent. This only serves to reinforce the Church's isolation and irrelevance. But my concern is essentially around the impossibility, and sometimes the immorality, of traditional beliefs about God, the Bible etc. This simply has to be addressed if the story is to survive beyond a marginal fringe.

The city where I live has a ring road with junctions named after C of E churches. There are still two lovely buildings, but most have closed or have just a handful of worshippers left. The city centre church still survives and even I engage with it, not least because of its interesting history and  excellent choral music, which I have always enjoyed. But I'm a bit like a spectator at a football match: I have a view about what's going on and know something about it, but I'm not actually on the pitch!

Of the rest, one is a derelict supermarket, one an office and others have been demolished. The people who lived there have largely moved out or been replaced by those of different faiths or none. This is the story of our times. What is a church for and why should any continue to exist? Most churches are now largely charitable organisations filling the gaps left by the State. Maybe that is actually more important, more 'Christlike' than focusing on what you have to believe to belong.

Why not join me on a new journey and let's see where it takes us: not just round and round on a road to nowhere!

WELCOME. This website contains a variety of resources to interest those looking for a radical and progressive approach to the Jesus story.  You may have been told there is only one response; take it or leave it. That may be true for most believers and non-believers alike. I'm more interested in those who may have given it all up or are just hanging on by the skin of their teeth but who are open to finding a new way to go in our C21st context.

Do you have to believe the whole Bible literally? What do we mean by 'God'? Who was Jesus really? What does it mean to walk in his 'Way'? For those who are prepared to risk losing the 'faith' they have or searching for something that  makes sense in the modern world, I hope this will encourage you to continue in your own journey. Feedback or invitations to speak are always welcome. 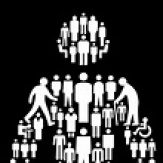